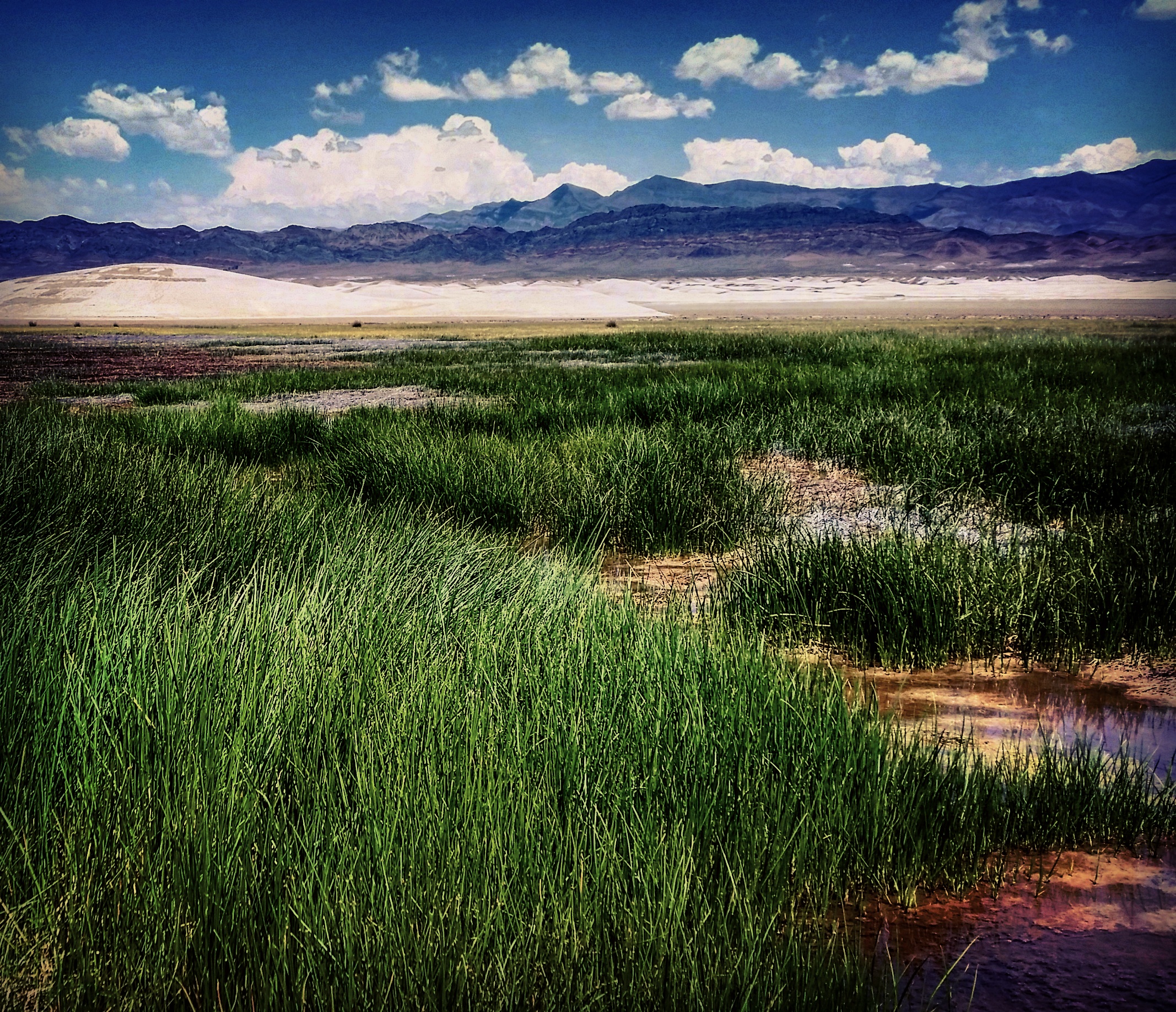 In coming weeks, we expect the Bureau of Land Management to finalize the Desert Renewable Energy and Conservation Plan (DRECP), in which the public lands of the Amargosa Basin are likely to be designated at California Desert Conservation Lands. To celebrate, we are highlighting the decade-long partnership between the Amargosa Conservancy and the BLM to engage in stewardship on these lands, highlighting why it is so important that they be protected, and showcasing the value of their designation as California Desert Conservation Lands. See our previous posts here, here, and here. 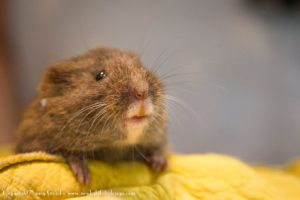 The Amargosa Vole is one of the most endangered mammals in North America. A small mammal, it dwells in the marshes surrounding Tecopa, California: the entirety of its habitat comprising just a few square miles of wetlands, fed by the springs which comprise the Amargosa River. Charming and charismatic, the vole is emblematic of the special and vulnerable nature of the Amargosa Basin.

The Vole has recently been the focus of intensive conservation and stewardship efforts, in an attempt to rescue it from the brink of extinction. Private lands conservation efforts have been an important component of these efforts, and you can read about these efforts here in a recent article from High Country News.

But the majority of the vole’s extant habitat is on public land, almost all of which is proposed for designation as California Desert Conservation Lands under the DRECP. A remarkable collaborative multi-agency project to restore the vole’s habitat has been underway over the past year, reaching a culmination of sorts during a project in April affectionately termed “The Big Fix.”

The Amargosa vole is entirely reliant on habitat formed by three-square bulrush (Schoenoplectus americanus) a marsh grass which thrives in the alkali wetlands of Tecopa Marsh. It has what’s known as an obligate relationship with bulrush- it eats it, nests in it, uses it for cover from predators, and in general lives the vast majority of its life cycle within its lush stalks. 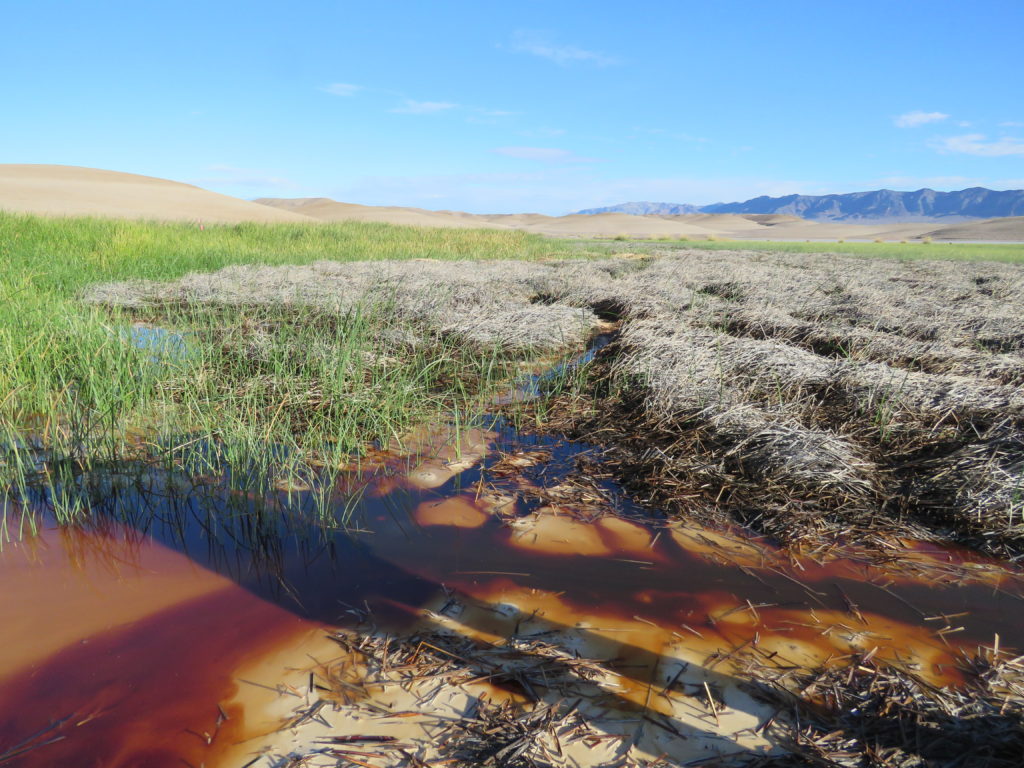 degraded. The bulrush started to die out, and the vole’s habitat contracted and became of poorer quality. The dead bulrush formed an impenetrable thatch, preventing new growth while not supporting the vole population. While a remarkable captive breeding program at UC Davis School of Veterinary Medicine offered new hope for the little vole, without adequate high-quality habitat, the voles wouldn’t stand a chance.

Initiated by Stephanie Castle, marsh ecologist and PhD candidate at UC Davis, and Steve Parmenter, spring expert from the California Department of Fish and Wildlife, the Big Fix was a radical solution to a seemingly intractable problem. First, the dead thatch would be removed from the degraded marsh; then water levels would be raised to support new growth. With what became an essentially “blank slate” once the thatch was removed, the idea was that with adequate water levels, three-square would recolonize its previous extent, providing adequate habitat to sustain and grow the vole population.

The project went off without a hitch. Volunteers from UC Davis, California Department of Fish and Wildlife, US Fish and Wildlife Service, and the Amargosa Conservancy all partnered to do the hard, sweaty work of removing the thatch. Inyo County provided help in disposing of the thatch using their heavy equipment. The water level was raised, and just a few months later, the marsh was bouncing back. 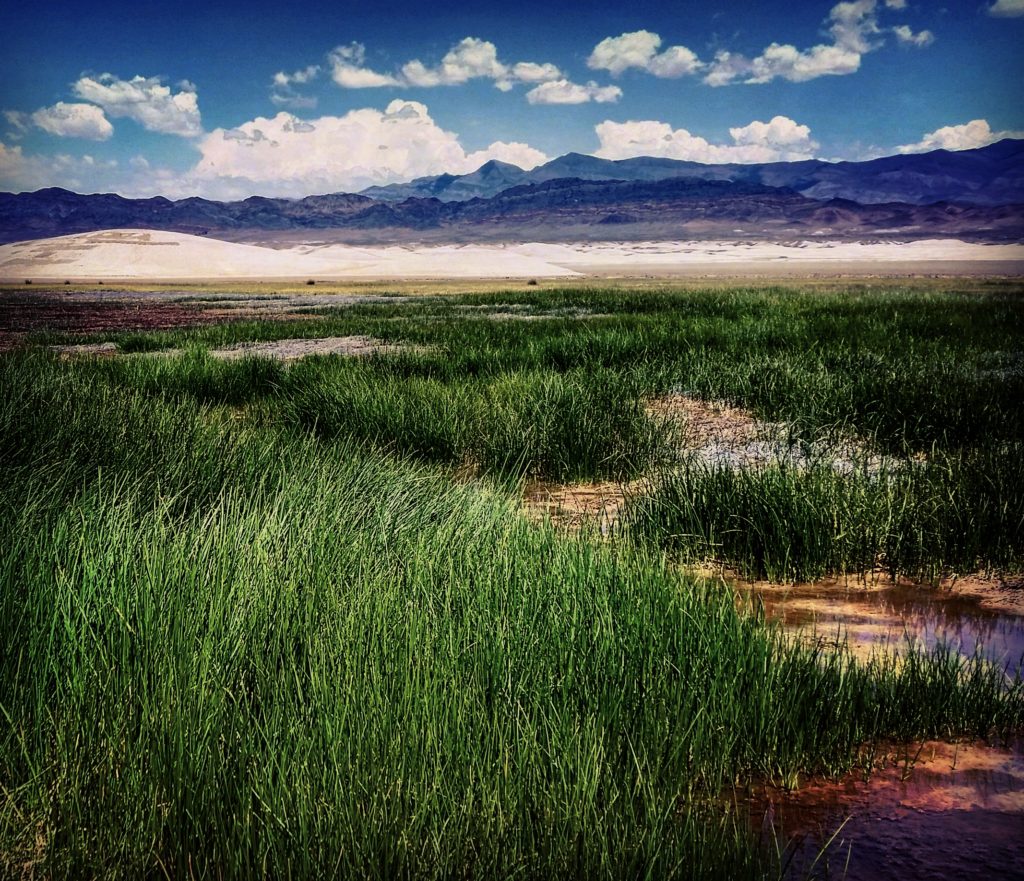 The marsh began bouncing back just a few weeks after the Big Fix. Photo: Patrick Donnelly

The Big Fix is a good example of why it’s so critical that these lands be conserved as California Desert Conservation Lands. The Bureau of Land Management can prioritize conservation on these lands, ensuring that collaborative projects such as this one are adequately funded and have the necessary resources devoted to them to bring about timely resolution. Permanent protection of Tecopa Marsh and other places like it will ensure that BLM and other agencies’ conservation investments will be “locked in.” That’s good for all of us, who have helped foot the bill as taxpayers for these projects.

Read an article by Stephanie Castle at UC Davis School of Veterinary Medicine on The Big Fix here. 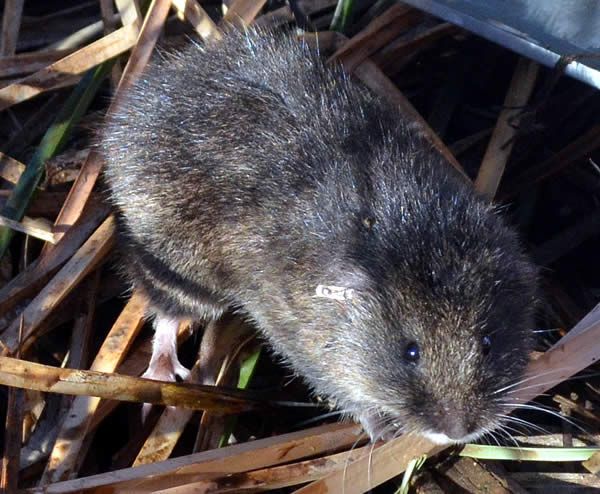