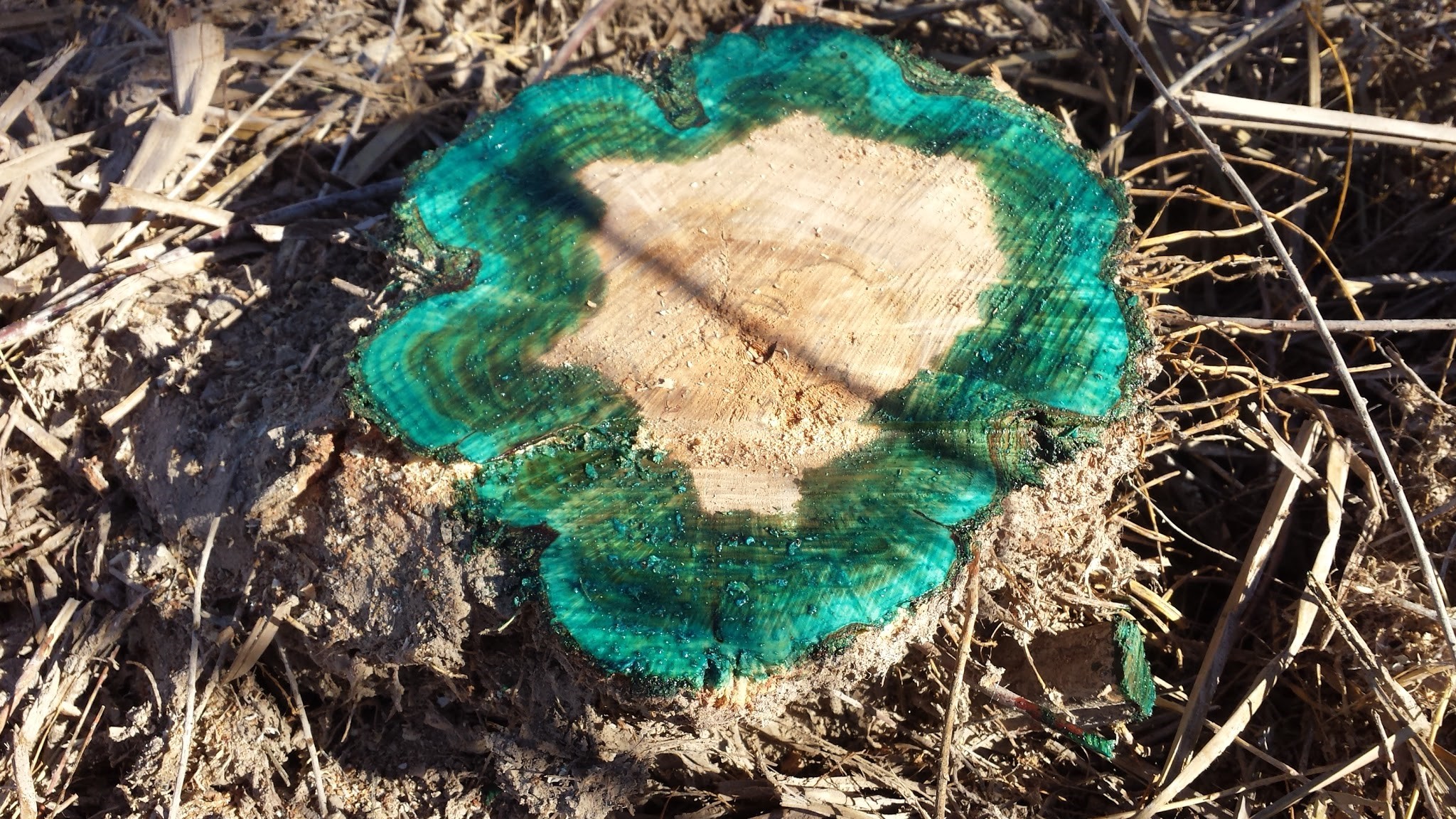 In coming weeks, we expect the Bureau of Land Management to finalize the Desert Renewable Energy and Conservation Plan (DRECP), in which the public lands of the Amargosa Basin are likely to be designated at California Desert Conservation Lands. Over the next few weeks we will be highlighting the decade-long partnership between the Amargosa Conservancy and the BLM to engage in stewardship on these lands, highlighting why it is so important that they be protected, and showcasing the value of their designation as California Desert Conservation Lands. 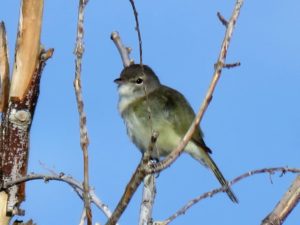 The Amargosa Wild and Scenic River is home to dozens of rare and endangered species, including numerous species of birds. The least Bell’s vireo (Vireo bellii pusillus) is an endangered bird which thrives in the rich mesquite bosque of the Amargosa; the Southwest willow flycatcher (Empidonax traillii extimus), a hallmark endangered species of the Southwestern United States, is spotted along the Amargosa from time to time; and a whole suite of migratory birds make use of the dense riverside vegetation of the River for part of their annual cycle. Endangered fishes also thrive in the river, as it harbors numerous species of pupfish (Cyprinodon nevadensis spp.) and speckled dace (Rhinichthys osculus nevadensis).

However, over the decades, the vegetative composition of the river has changed. Introduced species, in particular saltcedar (Tamarix ramosissima), a/k/a tamarisk, have invaded and begun to take over large swaths of the river corridor. Tamarisk can fundamentally alter a riverine system by changing habitat type and by reducing in-stream flows, as it consumes far more water than a comparable amount of native vegetation. 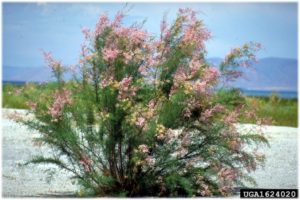 The Amargosa Conservancy and the Bureau of Land Management Barstow Field Office have been in partnership for a decade on a long-term, river-wide tamarisk removal project. Partnering with The Nature Conservancy, and numerous grant-making agencies, the AC and BLM have removed hundreds of acres worth of tamarisk from the river.

Tamarisk removal is a labor-intensive process. At times, it is best done with hand crews using primitive tools, particularly in designated Wilderness where such tools are the only ones allowed. At other times, saw crews with chain saws are the most efficient means of removal. And still other times, mechanical removal involving heavy equipment is the best means of removing dense and pervasive patches of tamarisk. 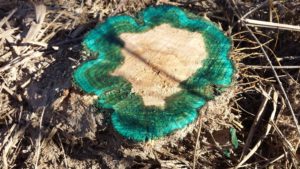 Regardless of the method used, there is also the necessity for herbicide. Herbicide use may be controversial, but tremendous energy has been expended to identify and utilize herbicides which are not persistent in the ecosystem. And as any backyard-tamarisk-remover will tell you, removing tamarisk without herbicide is a fool’s endeavor- it grows back within weeks, sporting many more trunks than the bush had pre-cutting!

The effects of tamarisk removal are plain to be seen. In-stream flows can be visually observed to rise within weeks of a removal project, supporting our native fish populations. Within a few years, native vegetation begins to return. Certain places along the river which have been the location of tamarisk removal projects have had a wholesale conversion from a monoculture of tamarisk to a rich native riparian community, consisting of native grasses, reeds, and mesquite. This provides better habitat for the numerous birds which rely on our riverine habitats.

The designation of portions of the river as California Desert Conservation Lands under the DRECP will provide further avenues for tamarisk removal. Such a designation will prioritize conservation in BLM’s management plans, helping to ease the regulatory burden for approval of future projects. It will open up avenues for obtaining funding to continue our tamarisk removal projects (it’s not cheap!). And it will help inspire our supporters and friends- people like you!- to come join us and volunteer to be stewards of our California Desert Conservation Lands.

We are eager to see the outcome of the DRECP, and we celebrate our partnership with BLM in stewarding our public lands. The fish and the birds agree- designating the California Desert Conservation Lands will be good for our river! 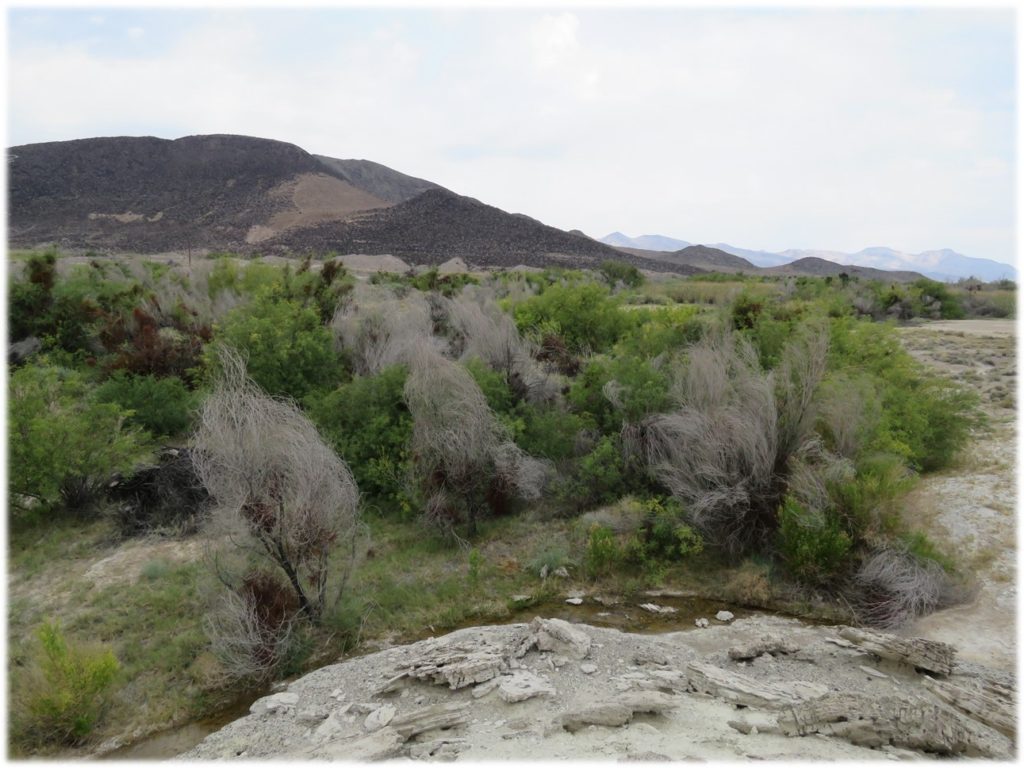 A restored area along the Amargosa River a decade after removal, full of native mesquite.