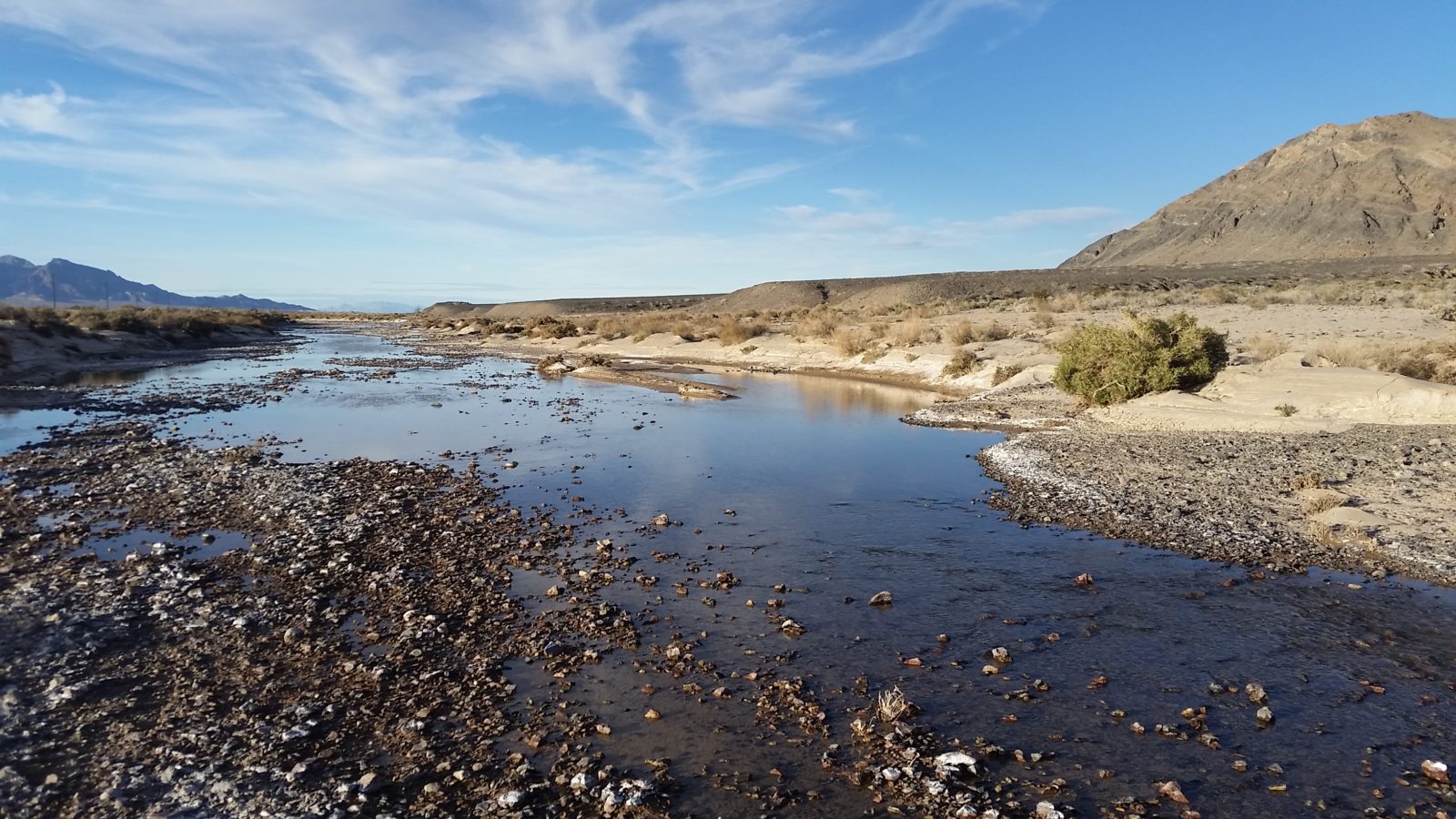 In coming weeks, we expect the Bureau of Land Management to finalize the Desert Renewable Energy and Conservation Plan (DRECP), in which the public lands of the Amargosa Basin are likely to be designated at California Desert Conservation Lands. To celebrate, we are highlighting the decade-long partnership between the Amargosa Conservancy and the BLM to engage in stewardship on these lands, highlighting why it is so important that they be protected, and showcasing the value of their designation as California Desert Conservation Lands. See our previous posts here and here, and stay tuned for more in coming weeks! 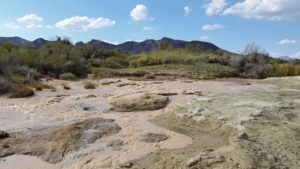 A river runs through it.

One of the most fascinating aspects of the Amargosa Basin is its unique hydrogeological character. We frequently say that it is the only river in North America exclusively fed by springs- in this hot and arid climate, rainwater contributes almost nothing to the overall surface flow of the river. Instead, bubbling springs up and down the Basin burst forth at the surface, animating the dry washes of the Amargosa into a rushing perennial (in places) river! It seems something like a miracle.

And indeed, water in the desert is a miracle. Which is why it has been so important to both the Amargosa Conservancy and the Bureau of Land Management to understand better where our water comes from, why it is discharging where it does, and how we can expect that to change over time due to human-caused climate change and groundwater pumping. Thus, the longest running of our stewardship projects on the soon-to-be-designated California Desert Conservation Lands is that of our hydrologic monitoring project. 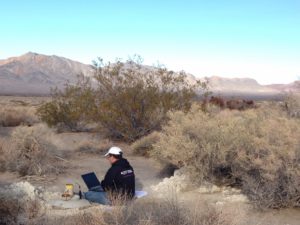 Partnering with BLM, The Nature Conservancy, Transition Habitat Conservancy, Inyo County, and our brilliant hydrogeologist Andy Zdon, the Amargosa Conservancy has spent almost a decade doing studies to characterize the watershed- where the water comes from, what it is composed of, how it may be changing over time. This project has involved several components:

The Bureau of Land Management has been very supportive of this project, as they have as much of an interest as identifying the origins of the precious water of the Amargosa River as anyone. They have facilitated the development of our wells through processing NEPA documentation; they have provided badly needed funding to ensure consistent monitoring data across the project timeline; and they have even drilled their own wells in an effort to expand the scope of data collection. 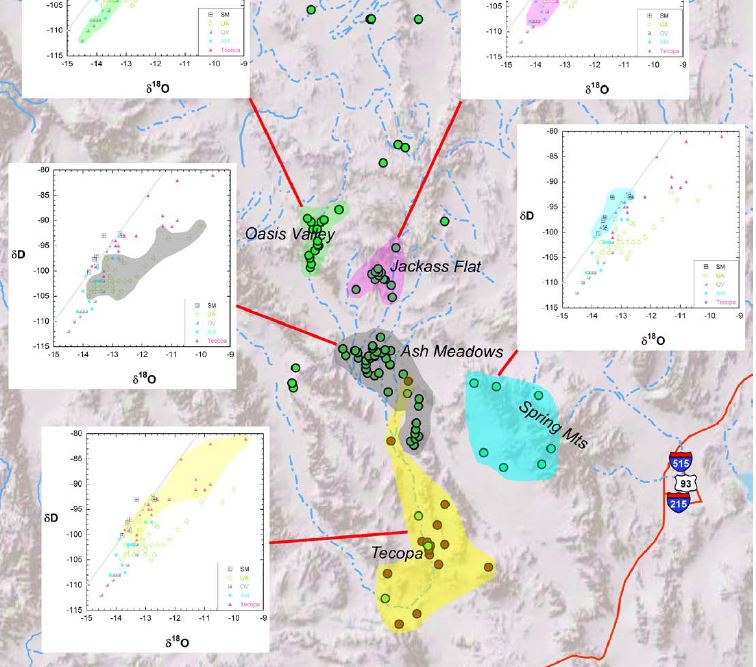 Stable isotope groupings map from the State of the Basin Report, 2014. Stable isotope analysis is one of the key contributions that this work has made to knowledge of the Amargosa Basin’s hydrology.

Perhaps the most important single product of this work has been Mr. Zdon’s “State of the Basin Report 2014,” a complete analysis of all of the data collected over the years. While assembling disparate data sources into a cohesive picture, one of the most important things this report did was to lay out analysis of stable isotope groupings, a piece of data we collect from each water source. As depicted in the above map, stable isotopes can tell us lots about where water is sourced from. This work has been so revolutionary and important that Andy and his collaborated M. Lee Davisson were recently published in the Journal of Environmental Forensics.

This project is critical to our understanding of the new California Desert Conservation Lands, which are the building blocks of our watershed in the Amargosa. These lands were designated to protect the area that feeds our precious river, and by understanding the mechanisms which make this happen, we can better understand how to steward and conserve these resources into the future. We are grateful to BLM for protecting these lands as California Desert Conservation Lands through the DRECP, and look forward to continued partnership to better understand how our river flows!

Check it out: This work was featured in a USA Today article last winter! http://www.usatoday.com/story/news/environment/2016/04/18/climate-change-springs-mojave-desert/82642602/ 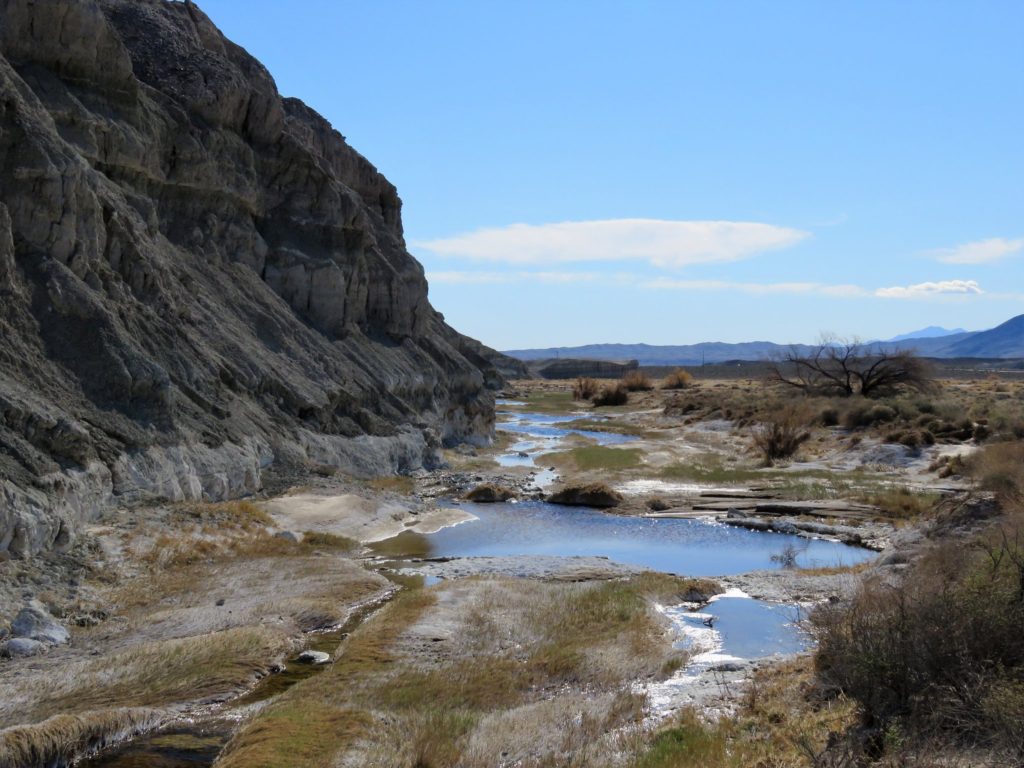