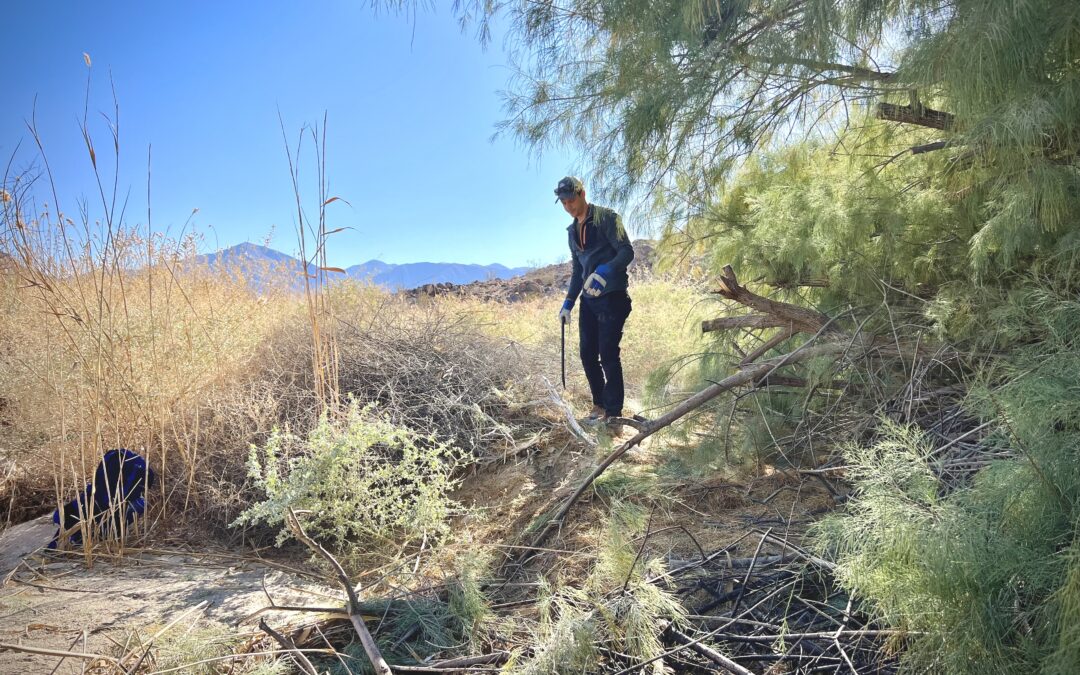 Located near highway 127 about midway between Baker and Shoshone, Salt Creek Hills ACEC (Area of Critical Environmental Concern) is a small but important riparian resource managed by the Bureau of Land Management’s Barstow office.

During the Ice Ages, the Mojave River flowed through this area from the San Bernardino Mountains to Death Valley, and eroded a narrow gap through a hill of granitic rock.  Now the channel is called Kingston Wash, occasionally flooded during thunderstorms; and during dry weather, groundwater forced to the surface by the underlying granitic rock supports native plants including honey mesquite, phragmites, salt grass and quailbush.  Salt Creek was an essential water stop on the Old Spanish Trail between Las Vegas and Cajon Pass after 1829. 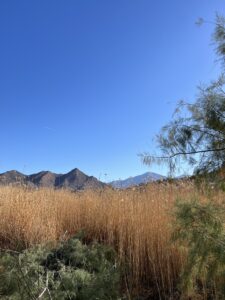 Like most desert springs and riparian areas, Salt Creek is impacted by the invasion of a non-native tree from Eurasia, deciduous tamarisk or saltcedar, with botanical name Tamarix ramossisma.  During the 1990’s, BLM staff used chainsaws and herbicide to remove much of the invasive tamarisk, but insufficient maintenance since then has allowed trees to return and grow large, except near small water pools.  Also present at the site, near the water pools, is a related tree, Tamarix aphylla, called the athel tree, which is less invasive but grows larger.

Although most athel trees don’t spread by seed, they do spread vegetatively, when floods break off branches and uproot saplings which become partly buried in moist soil downstream.  In this case, at Salt Creek the tall heavy trunks rooted in soft moist soil have slowly toppled until recumbent, and new trunks have become rooted where the upperbranches of recumbent trunks are buried in soil.  Thus over time, the athel grove has expanded outward in all directions, shading and killing the adjacent native plants, and the grove will continue to expand outward unless controlled.

In 2016 AC director Bill Neill started a volunteer project to trim the grove’s outer branches using a hand saw, while traveling to or from Shoshone for AC Board meetings once or twice per year.  This action was successful but temporary, because the cut limbs resprouted new branches which grew fast and started to shade previously cleared areas.  Therefore, during recent months Bill made two dedicated work trips and recruited two helpers – AC Executive Director Mason Voehl in February, and AC member John Ekhoff from Long Beach in April.  This time the team used a small battery-powered chainsaw to speed up the work and applied herbicide to the cut branches to curtail regrowth.

This volunteer project would benefit from a larger workforce.  If any readers are interested in helping, please notify Mason at mason@amargosaconservancy.org, and perhaps we will schedule and publicize a work trip next fall or spring. 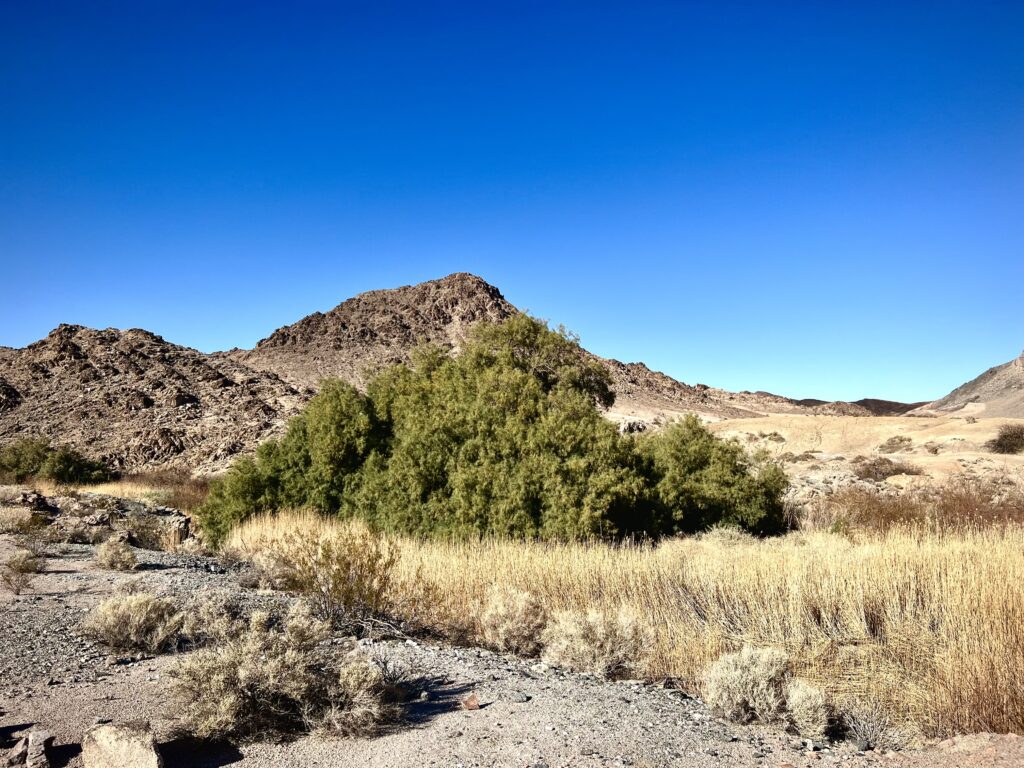