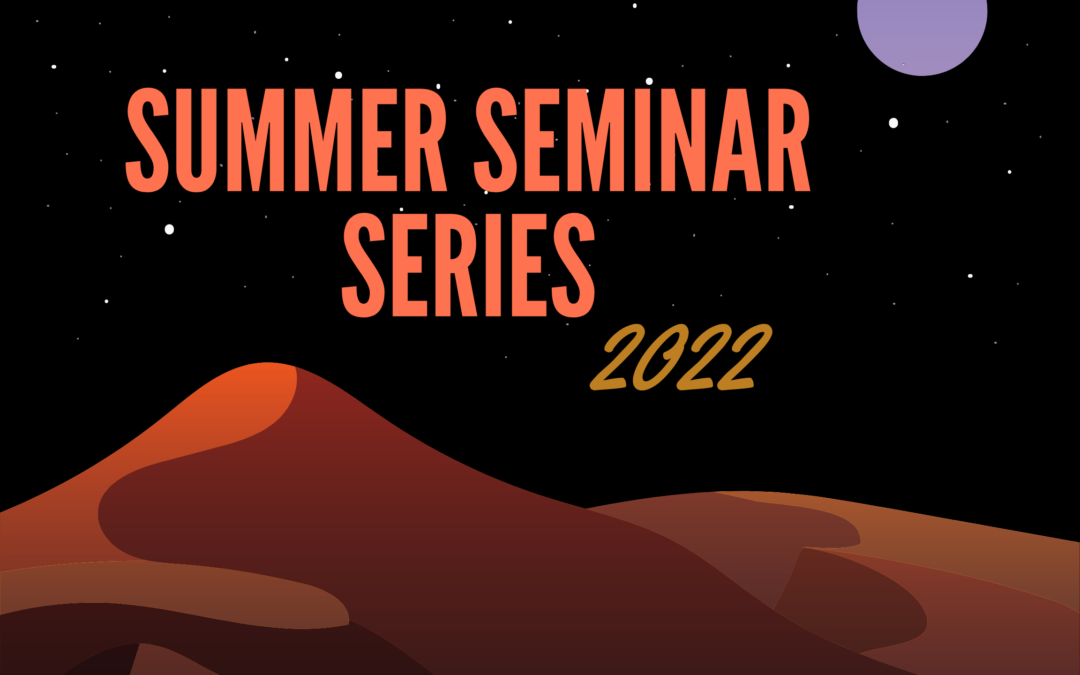 The Amargosa Conservancy is thrilled to launch its first ever Summer Seminar Series!

These seminars will feature presentations by our board of directors on the history, ecology, geology, and other fields related to our work in the Amargosa Basin. This is your chance to get a little taste of everything this incredible landscape has to offer right from the comfort of your home!

These seminars are free to all AC members with a suggested donation of $20.00. Become a member today by donating or signing up for our newsletter.

To register, please click on the seminars below or visit our Eventbrite page:

Reminders and event details will be sent to you once you have registered through Zoom.

In our first seminar, board member John Hiatt will present on the History of the Old Spanish Trail which connected Santa Fe, NM to Los Angeles, CA, passing through the Amargosa Canyon on its way.

John Hiatt has been working on conservation issues for almost 40 years. He has served as chair of the Red Rock Audubon Society’s conservation committee since the late 1970’s. He became active in the wilderness movement during the 1980’s as part of the effort to designate wilderness on Forest Service lands in Nevada. After passage of Nevada’s Forest Service Wilderness bill in 1989 John re-focused on BLM wilderness quality lands and has actively promoted that cause ever since. He has been a member of the Board of Directors of Friends of Nevada Wilderness since 1995. He is involved with several conservation organizations including the Eastern Nevada Landscape Coalition, the Sierra Club’s California-Nevada Desert Committee, and the Amargosa Conservancy. In the area of civic affairs he has been a member of the Enterprise Town Advisory Board since 1979 and served as chairman for 15 years. He has served on the Las Vegas Valley Citizens Groundwater Management Advisory Committee since its inception in 1998; involved with Integrated Joint Water Planning Citizens Advisory Committee; and a member of the Bureau of Land Management’s Resource Advisory Council (RAC) for the Mojave-Southern Great Basin region in Nevada. An organic chemist by training, with a Ph.D. from Yale University, John has been employed as a clinical and forensic chemist since 1973.

The Amargosa Basin is a wonderland of rare plants due to the presence of the Amargosa River in this harsh stretch of the Mojave Desert. In this seminar, botanist and AC board member Naomi Fraga will present on some of the rare plants found in this incredible landscape.

Naomi Fraga is Director of Conservation Programs at Rancho Santa Ana Botanic Garden in Claremont, CA. She has been studying plants of the Mojave Desert for over 15 years. Her research interests include plant geography, conservation biology, rare plants of western North America, taxonomy of monkeyflowers (Phrymaceae), and pollination biology. She is particularly interested in the flora of the Mojave Desert in southern California. Naomi received her Ph.D. in Botany from Claremont Graduate University and she also holds a M.S. in Botany from Claremont Graduate University and a B.S. in Botany and Biology from California Polytechnic University, Pomona. Naomi also serves as Secretary for the Southern California Botanists, Vice President of the California Botanical Society and is a council member for the American Society of Plant Taxonomists.

The Amargosa Basin is a world-renowned area for experiencing and studying the geology of the Death Valley region. Visitors and universities from around the world travel to the Amargosa Basin to get an up-close look at some of the oldest and most varied rock formations on the planet! In this seminar, AC board member Bill Neill will present on the fantastic geology found in this reach of the Mojave Desert.

Bill Neill was educated as a geologist and petroleum engineer, and over the past 40 years his primary environmental interests have been the California Desert and control of invasive species. From about 1979 to 1981 Bill produced and directed an educational film on feral burros for the Sierra Club’s Desert Committee, that’s now viewable on YouTube. From 1983 to 1998 he organized volunteer groups that employed chainsaws and herbicide to remove a non-native tree, tamarisk or saltcedar, from desert springs and riparian areas throughout the California Desert and adjacent states. For the past two decades Bill has been self-employed as a professional herbicide applicator, working to control invasive wildland weeds and exotic trees in coastal watersheds of Los Angeles, Orange and western Riverside Counties. He joined the Amargosa Conservancy’s Board in 2014 and has served as secretary since 2018.