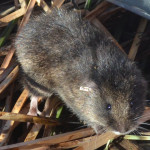 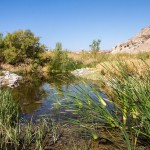 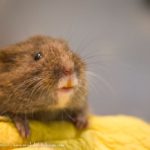 The Amargosa vole was discovered in 1900. Until rediscovered in the 1930s these voles were thought to be extinct

The vole is a highly specialized rodent that lives only in small patches of habitat in the otherwise inhospitable Amargosa Valley. The vole was listed as an endangered species by the state of California in the 1980s and in 1984 was listed as endangered by the US Fish & Wildlife Service.

The Amargosa vole is a small, mouse-like rodent. It has short ears and a short tail. The fur on the vole varies from a blonde-brown to dark-brown. The average size of a vole is 21 cm (8 in) long and weight is 60-90 g (1/8 lb). Males and females can be hard to tell apart, but juveniles can be distinguished from adults based on size. 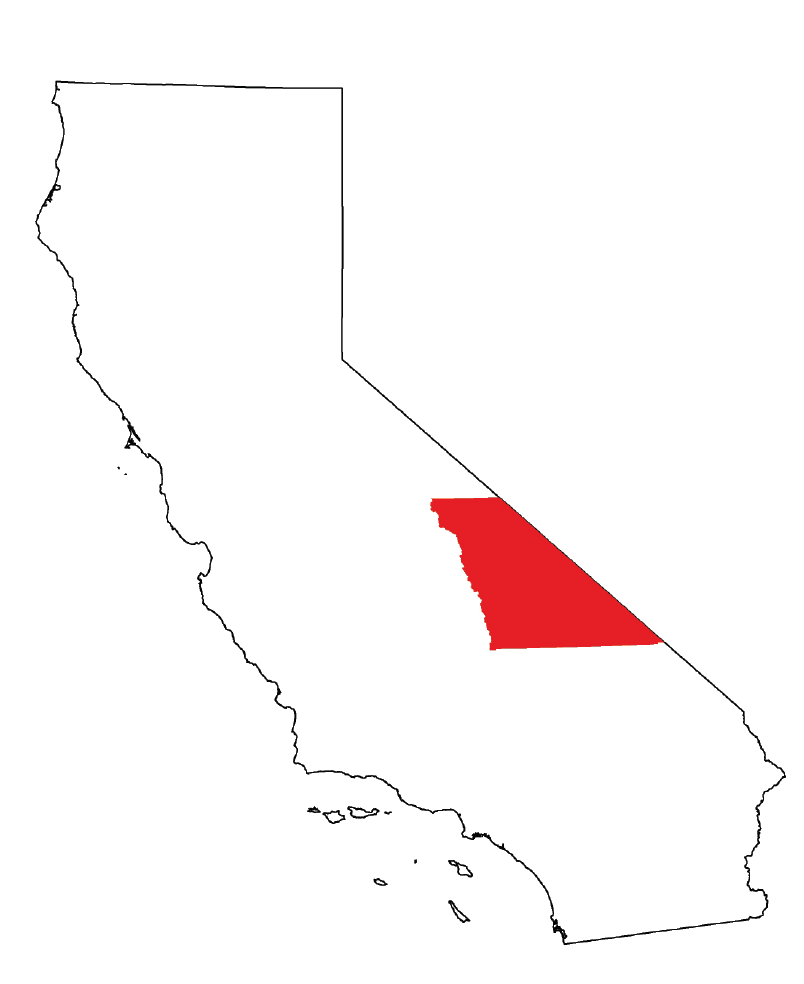 Where Does it Live?

The Amargosa vole only lives in bulrush marshes near the towns of Tecopa and Shoshone in Inyo County, California. The voles create runways in the vegetation that allow them to move about their habitat. Voles need permanent water sources. They are often found in marshes that are fed year round by springs. These springs are a rare commodity in the desert. Voles do not hibernate, and are probably most active in the early summer months when vegetation is green and plentiful.

Range of the Amargosa Vole in California

Why is the Amargosa Vole Endangered? 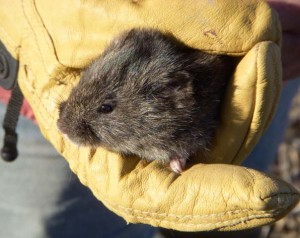 The main threat over the last century to the Amargosa vole has been loss or degradation of habitat. Changes in vegetation due to altered water patterns, invasive plant species, and human activity such as converting marshes into pasture and the building of the Tonopah & Tidewater Railroad line have altered and reduced the amount of available habitat for the vole. While human activities have adversely affected the vole, some activities such as drilling the “Bore Hole” spring have helped by creating new wetlands for the vole.

Habitat used by voles is often small and occurs in disjunct patches. These patches are like “islands” in a sea of desert. This results in small, isolated populations, which can result in inbreeding and increase the risk of population extinction. Preliminary evidence suggests that other co-occurring rodent species (deer mice, harvest mice, and house mice) may compete with voles for resources. Recent studies have also identified previously undocumented diseases within vole populations; these diseases can affect the vole’s health and behavior and thus its ability to survive. Voles have evolved with and are prey for a variety of native predators such as coyotes, hawks, owls, and foxes. However, nonnative predators (house cats and bullfrogs) also prey on voles; these nonnative predators can further reduce vole numbers and introduce new diseases into the environment.

Whats being done to help the vole?

Amargosa vole habitat is located on federal, state, and private lands. Much of the wetland habitat occupied by the Amargosa vole is on BLM land near Tecopa and Tecopa Hot Springs. 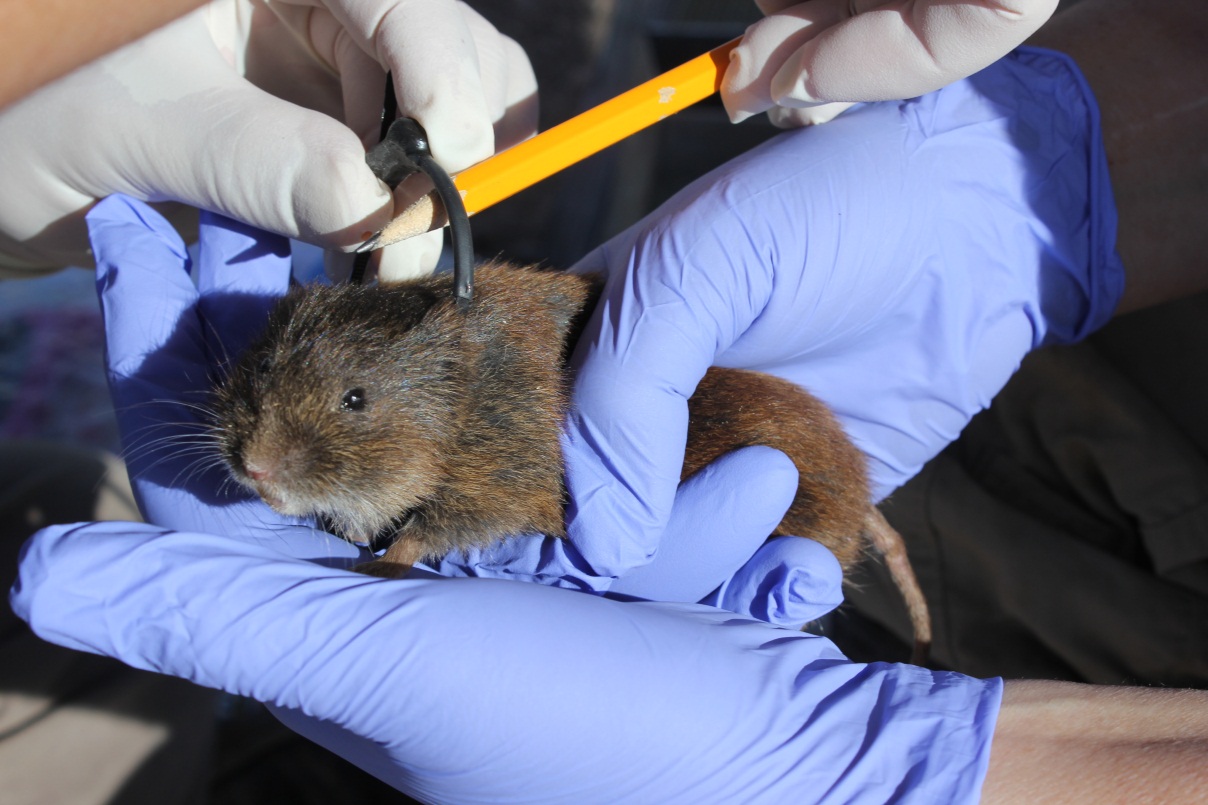 The BLM has designated some of this land as an Area of Critical Environmental Concern, which includes portions of the Tecopa Lake Basin and the Amargosa Canyon, as a part of the California Desert Conservation Area Program. As a result, there are measures that limit vehicle access, maintain wetland vegetation and water flow, and monitor Amargosa vole populations.

What Can YOU Do to Help the Amargosa Vole? 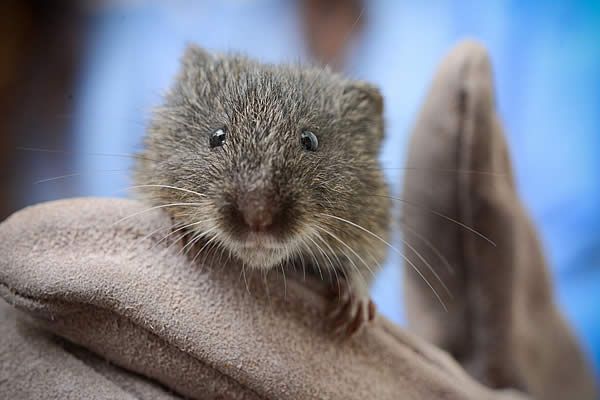 If you live near Amargosa voles, you can help by protecting habitat and keeping pets indoors. Hiking on established trails and practicing “leave no trace” principles to prevent degrading or damaging vole habitat. Water quality is important to maintain vole habitat. If you bathe in the hot springs, please refrain from using soaps and other cleansers. Conservation and wise management of native vegetation is also important. You can help by sharing information you learn with friends and family.

Learn more about the Amargosa vole at UC Davis’ page or visit the Shoshone Museum, in Shoshone, CA. More information is available from the US Fish & Wildlife Service, and the California Department of Fish & Wildlife.

From our blog: AMARGOSA VOLE 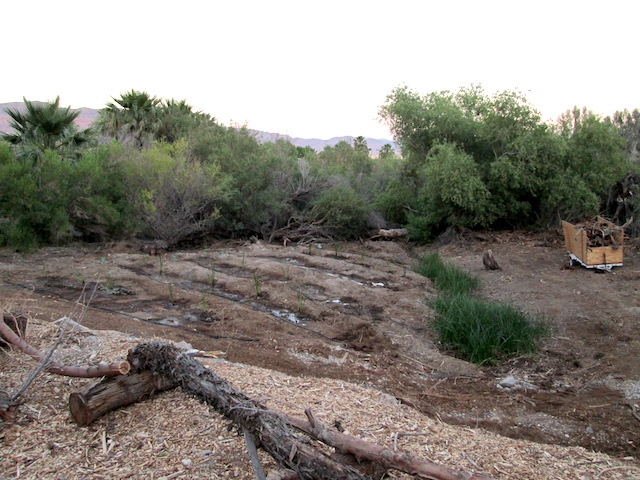 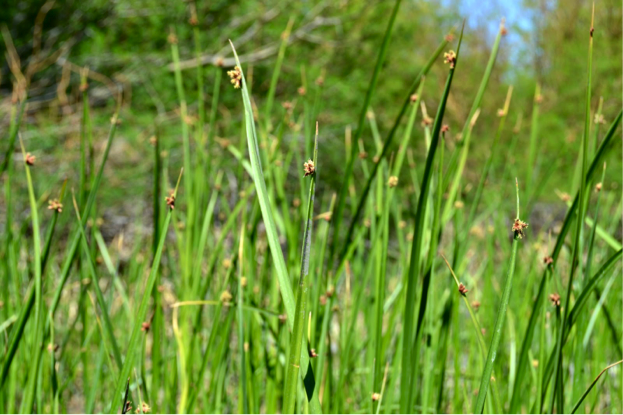 Growing Native Bulrush in human care. We hope that supplementing the already existing bulrush in the marsh will help to facilitate even more successful growth rates. Soon enough, all of this happily growing bulrush will be more than ready to house it’s furry friend, the Amargosa vole.