An Amargosa Moment: The Elusive Bend 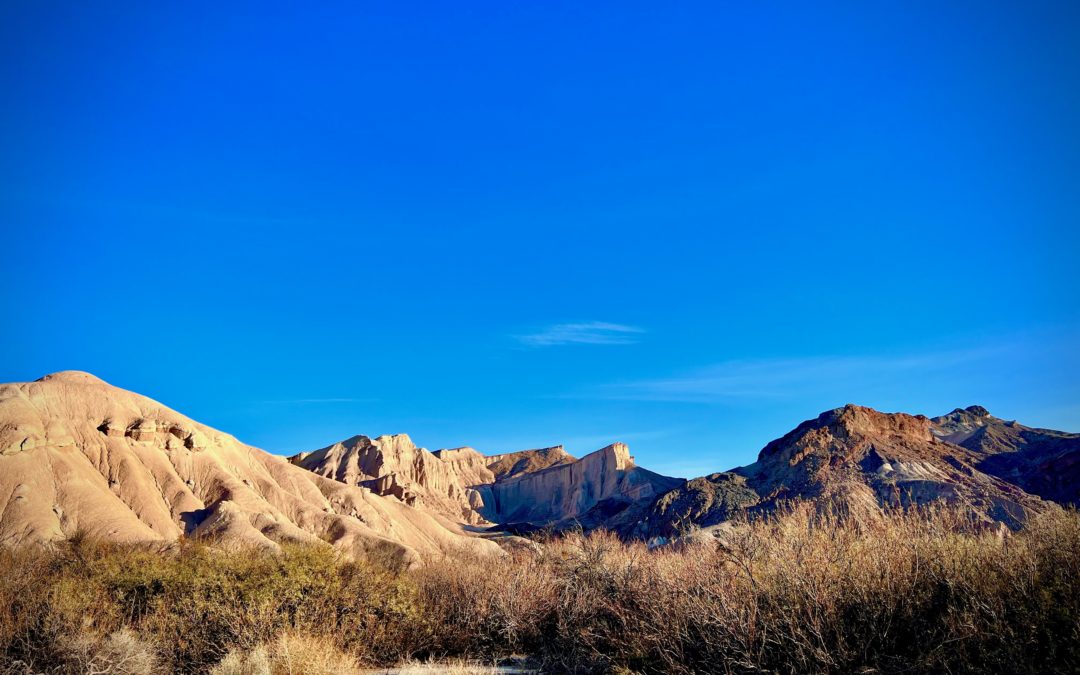 I’m not even 40 yards from the trailhead sign at China Ranch when I approach a bend in Willow Creek. The gurgle of the creek hits me first, a warm laughing sound seldom heard in most reaches of the Mojave. A slight clearing in the mesquite bosque draws me forward, slowly. The afternoon light as hard and clear as crystal shines warm on my neck, throwing my shadow in front of me. The sweet herbal smell of humus and decay only encountered in wetland marshes grows thicker as I near the improbable stream.

A dark form no bigger than a baby carrot streaks across the creek bed with astonishing speed, almost too fast for my eyes to catch. Then another. Six, seven dark forms wriggle out of the light into the darkness of an eddy beneath a swelled root, sent cowering by the invasion of my shadow.

Rhinichthys osculus nevadensis – an obscuring name for an obscure fish. Amargosa Speckled Dace reveals a bit more by comparison, telling one at least generally where this fish calls home. At less than 90mm of total length — shorter than my index finger — the Amargosa Speckled Dace is small in stature. But the presence of any fish at all in this trickle of water in the desert feels colossally improbable. This desert fish lives in a world of scant groundwater – sometimes a bath tub’s worth, but often times as little as a few finger widths of flow. Millenia of isolation from its genetic siblings have led to individuation, to the creation of a host of distinct species of dace and pupfish, each bound to their own locale of the Amargosa River. These are ancient survivors of a massive climate shift, holdovers from a bygone age of the earth. 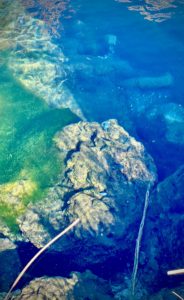 Some call the Amargosa River the “Crown Jewel of the Mojave,” just as some refer to Glacier National Park as the Crown Jewel of the Continent. But where Glacier National Park’s nickname boasts of a crown of grand and sublime alpine peaks, the Amargosa has more in common with the jewels. For in the Mojave Desert, finding water is akin to unearthing diamonds. These desert species of dace and pupfish are, therefore, a diamond-dwelling species, just as elusive and unspeakably valuable.

This is the way of things in Amargosa country. The character of this landscape reveals itself only in glimpses, in elusive bends of water, in a flash of a tail, or an eruption of wings in the mesquite. It is a place of diamonds and diamond-dwellers that holds its secrets close, unveiled only 40 yards or less at a time, and never completely. It is “jewel country” for those with eyes to see it.

Stay tuned for many Amargosa Moments to come in the next few months and make sure to subscribe to our newsletter!

Have an “Amargosa Moment” to share? Please reach out at info@amargosaconservancy.org with questions and submissions.